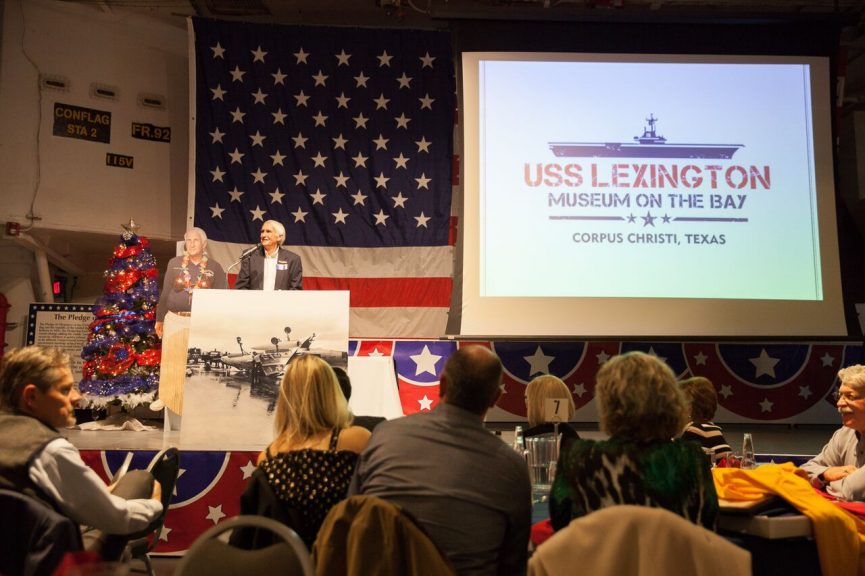 WKMC Architect and Lady Lex Board Member William McCord and his wife Kathy were among those who gathered aboard the USS Lexington Museum on the Bay on January 4th to celebrate the achievements of retiring Executive Director F.W. “Rocco” Montesano.

Attended by 400 guests, the event was emceed by Texas Radio Hall of Famer Jim Lago, host of the popular Lago in the Morning on KKTX 1360, and included remarks by RADM John “Mac” McLaughlin, USN (Ret.), President/CEO of USS Midway Museum in San Diego, California.

Montesano and the Lex: A Lasting Legacy

Montesano began his military career in 1967 at the U.S. Naval Academy where he received a Bachelor of Science degree in Naval Science and Management in 1971. His military career highlights include serving for 27 years as a pilot with the U.S. Navy, Commanding Officer in Attack Squadron 176, and serving as Commanding Officer at Naval Air Station-Corpus Christi from 1994 to 1996.

In April 1998, Montesano became Executive Director of the USS Lexington on the Bay, where his vision and leadership was instrumental in helping catapult the attraction from a museum into an immersive educational experience accessible to all guests, including older veterans. 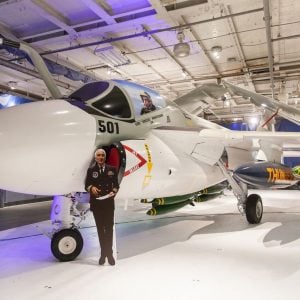 As Montesano’s tenure at the USS Lexington ends, incoming Executive Director Steve Banta was chosen by the Lady Lex Board of Directors to head the museum on the bay in its next chapter. Captain Banta is a 1991 graduate of the U.S. Naval Academy earned his flight wings in March 1994. He earned a Master of Science degree in National Security Science from the National War College, and like Montesano, also served as Commanding Officer at NAS-Corpus Christi.

WKMC Architects is a proud supporter of veterans and the mission of the U.S.S. Lexington, Corpus Christi’s own piece of American history. We would like to extend the utmost congratulations to Mr. Montesano for his years of service, and wish a warm welcome to Captain Banta as he takes his new post with the Lady Lex.

Update: WKMC Architects is saddened by the loss of our friend, Frank “Rocco” Montesano. More information about his memorial service on April 29 may be found here. He will be deeply missed, not only on the Lexington but also throughout the community because of his influence and passion for Corpus Christi. 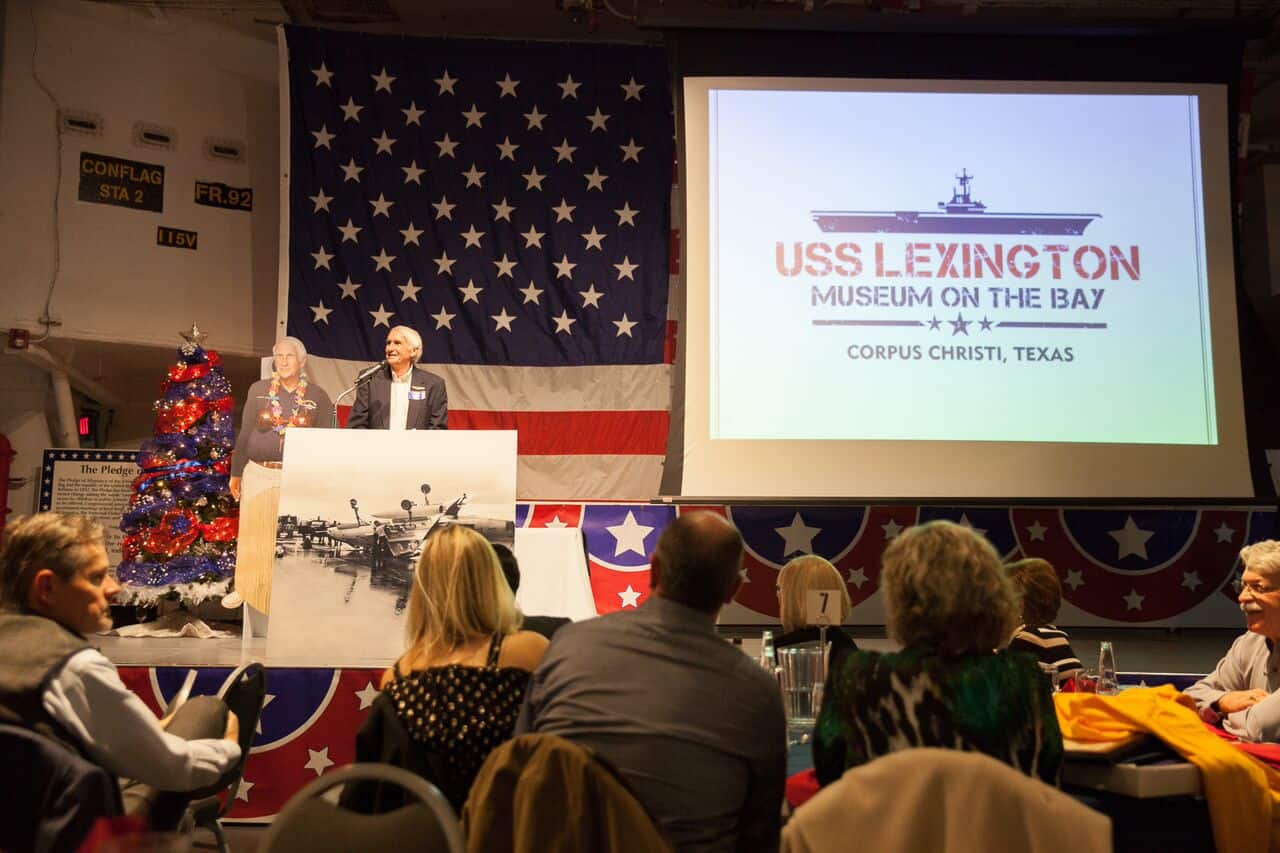 WKMC Architect and Lady Lex Board Member William McCord and his wife Kathy were among those who gathered aboard the USS Lexington Museum on the Bay on January 4th to celebrate the achievements of retiring Executive Director F.W. “Rocco” Montesano.